Wondering whether you should install a chimney cap? Consider this- something as simple (and relatively inexpensive) as a chimney cap can actually save you thousands of dollars on unnecessary chimney repairs. A chimney cap is a metal topper that covers the opening of your flue, keeping debris, water, and animals out of your chimney. Chimney caps also come with spark guards that keep burning embers from escaping out of your chimney than landing on nearby flammable objects (like your roof).

This simple feature is actually extremely important to the longevity of your chimney. Having a chimney without a chimney cap is like heating your home and leaving the front door open. Our certified chimney sweep technicians will examine the condition of your current chimney cap or offer suggestions for the best type of cap needed for your chimney & venting system.

Water & moisture are the biggest enemies of a healthy chimney. The change of seasons can bring harsh weather conditions. Freezing and thawing cycles can cause your chimney masonry to crack or deteriorate. These vulnerabilities can allow water to seep into your chimney system, causing costly and dangerous problems. A chimney cap acts as an umbrella for your chimney, and works to keep water and moisture out of your flue & surrounding masonry. An uncovered chimney can allow water to run into the flue, causing chimney liners to crack or spall. Since water damage is an extremely expensive repair, it’s best to install a chimney cap and ensure that your current chimney cap is in good condition and functioning as it should.

An excellent reason to install a chimney cap would be to keep debris and animals out of your chimney. Animals and birds love to create a home in your chimney over the summer. If you’d rather not share your home this season with raccoons, squirrels, rodents and birds it’s best to install a chimney cap now. During storms and even on windy days, leaves, twigs, and other debris may fall down into your flue and begin to accumulate inside your chimney. This blockage can pose a serious safety risk, and if you begin to notice performance issues with your fireplace or stove, contact a chimney sweep immediately to ensure that the flue passage is not blocked.

Blockages that are caused by animal nests or other debris have the potential of starting a chimney fire. Even worse, when the flue is clogged, dangerous gases and smoke can begin to back up into your living area and cause smoke or soot damage… or even carbon monoxide poisoning. A chimney cap is the best way to prevent things from falling, or crawling, into your chimney system. Sometimes, burning particles may make their way up and out of your chimney. In order to prevent them from landing on your roof or other nearby flammable objects, you will need a chimney cap. Not only will the spark guards on a chimney cap catch any tiny burning particles, but they can also prevent crosswinds from creating downdrafts in your chimney which can cause issues with smoky fireplaces.

If you don’t have a chimney cap on your chimney, give us a call now. It is the best long-term investment that you can make for your chimney’s sake. Chimney caps come in all shapes, sizes and materials. Most popular are those made from copper and stainless steel.

Contact our chimney sweep professionals today and we can recommend the best option for chimney cap repair, replacement, or installation. 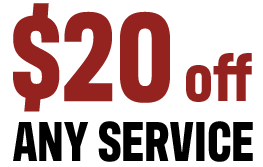