What Is Chimney Coping? Fireplaces are well-loved amenities, and they usually become the favorite gathering place in a home. To enjoy a fireplace, a chimney that functions well is required. In keeping with the saying “out of sight, out of mind,” many people forget that chimneys are important. Being outside in the elements on the rooftop as they are, chimneys are more vulnerable to one element more than any other: water. There are various ways to combat moisture, in trying to protect the chimney from its harmful effects, and chimney coping is one of them.

What is Chimney Coping?

There are many parts to a fireplace and chimney system, and chimney coping may be among the least known. Other components that might be more familiar are also at the top of the chimney. Coping is not always included on a chimney top, however. It is an added defense, protecting the chimney from premature deterioration due to excess moisture. Coping is used to protect many different types of masonry walls, including chimneys. It is built with concrete or stone and has a flat bottom with a slanted top, and it overhangs the edge of the chimney by at least two inches. A corbel is an additional formed layer and it is sometimes placed underneath the coping, for decorative purposes. A foundation for mortar that holds the coping is made with metal flashing placed on the chimney crown. To keep water away from the chimney masonry, a drip line is etched below the coping as well as over the flashing all around the structure.

In the section of the chimney that protrudes above the rooftop, many different components in place are all about preventing moisture from causing deterioration. The space between the liner and the masonry at the top of the chimney is covered with a chimney crown, which is made with mortar. Chimney pots are sometimes added, and they extend the chimney liner. Chimney caps provide the important function of keeping out rain. When wire mesh is included on the chimney cap, it keeps out animals and serves as a spark guard. There is also chimney flashing, which creates a watertight seal between the roof and the chimney. 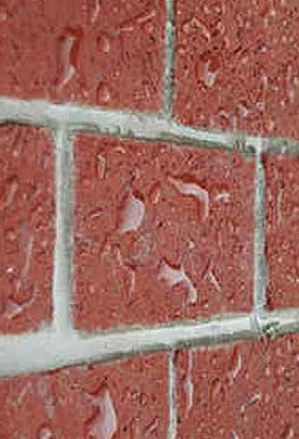 It may seem that the masonry has more to do with protection from moisture than the mortar between the bricks and stones. In reality, mortar serves a very important function of preventing moisture from infiltrating the chimney system. Once mortar begins to crack and flake off, repair is needed. The best solution is to have a procedure called tuckpointing done. With tuckpointing, old mortar is removed and new mortar is added. When done correctly, the chimney looks brand new after tuckpointing is completed. The reason for problems after mortar deteriorates is that water gets into the masonry. The moisture then expands and contracts, during freezing and thawing cycles in winter. The face of the brick of masonry pops and flakes off. If the situation isn’t addressed, the chimney could begin to lean, or it could collapse altogether.

Contact our chimney professionals today for a chimney inspection or to get more information about protecting your chimney with chimney coping.